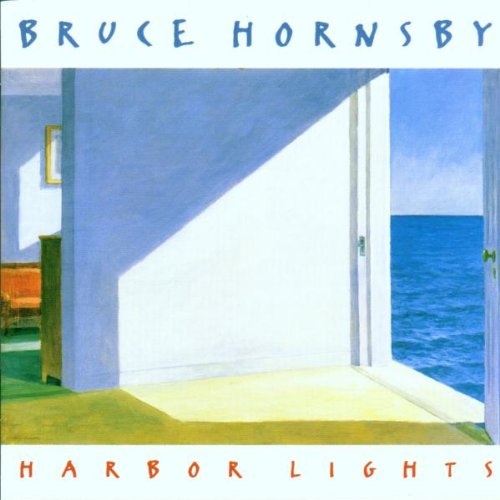 Stream or buy on:

Leaving behindthe Range,Bruce Hornsbytrades heartland rock for a cooler, jazzier sound withHarbor Lights, an album that nonetheless retains his affinity for sincere portraits of American life, love, and heartache. The title track is a humid, celebratory song that evokes a romantic summer evening in the South, setting the stage for a collection of humanistic songs. If the album has an underlying theme, it's the necessity of seeing yourself and the ones you love through the hard times as well as the good. The purely upbeat songs, like "Rainbow's Cadillac" and "What a Night," are counterbalanced by the sober "Fields of Gray" and "Tide Will Rise," and the cultural commentary of "Talk of the Town." The music is uniformly excellent, withHornsby's piano work blending seamlessly into the rich arrangements. Each song usually ends with an extended instrumental section, but these flow naturally instead of feeling like tacked-on jam sessions. AndHornsbyisn't just showing off here, as he lets other voices, likeBranford Marsalis' sax and帕特Metheny's guitar, get their say. In later albums,Hornsby's focus on music would tend to overtake his lyrical content, butHarbor Lightsmarks the point at which he found the right balance between virtuosic playing and personal storytelling.